Home / News / Commission for Equality at Centre for Mental Health 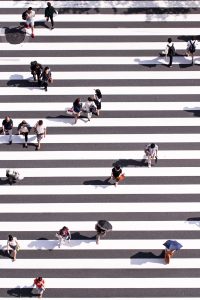 Centre for Mental Health has launched an 18-month Commission for Equality to investigate inequalities in mental health and make recommendations to reduce them.

The Commission, funded by the Elliott Simmons Charitable Trust, will seek evidence widely about inequalities in both the extent of poor mental health among different groups and communities and the different experiences of care and support that people get. It will investigate what can be done to prevent or reduce these inequalities, and will make recommendations for government, local authorities, public services and civil society for change. And it will explore why so many of the biggest inequalities in mental health have been so intractable for such a long time despite being widely acknowledged.

“There are some stark and shocking inequalities in mental health in Britain today. We know that the poorest children are four times as likely to have a mental health difficulty as the wealthiest. We know that Black people are many times more likely to be subject to the Mental Health Act. And we know that people with autism, learning disabilities and long-term physical health problems have higher rates of men

tal ill health that are often never even identified.

“We are setting up the Commission for Equality in Mental Health to look at a range of inequalities and build up the evidence about what would help to reduce them. We will address the uncomfortable truths about these inequalities and why so little progress has been made in many areas in reducing them. We will work with partners to identify workable solutions both nationally and locally and to make the case for change where it is required to create a more equitable society for all.”

The Commission will investigate a range of inequalities in mental health and seek policy and practice solutions to address them.

Liz’s career has focused on mental health, social inclusion, equality and disability rights. Previous roles have included Chief Executive of Disability Rights UK, Policy Director of Mind, Director of Policy and Communications at the Disability Rights Commission and Trustee of Stonewall. Her book ‘From Psychia

tric Patient to Citizen’ has influenced campaigns to overcome discrimination and she has led numerous initiatives and formal investigations to challenge discrimination in all its forms.

I am delighted to be working with Centre for Mental Health to explore inequalities in mental ill health. From tackling the social and economic determinants of mental health to improving the help offered to marginalised groups of people by mental health services, the Commission’s agenda is wide ranging and ambitious. We will look widely for solutions, seeking evidence from different sectors and internationally about what could make a difference to people’s lives.

You can find out more about the commission and its members here.